One of the things you’ll need to consider is the city where you want to study. China's universities are located in various cities throughout the country, though most are concentrated in the more developed eastern region. 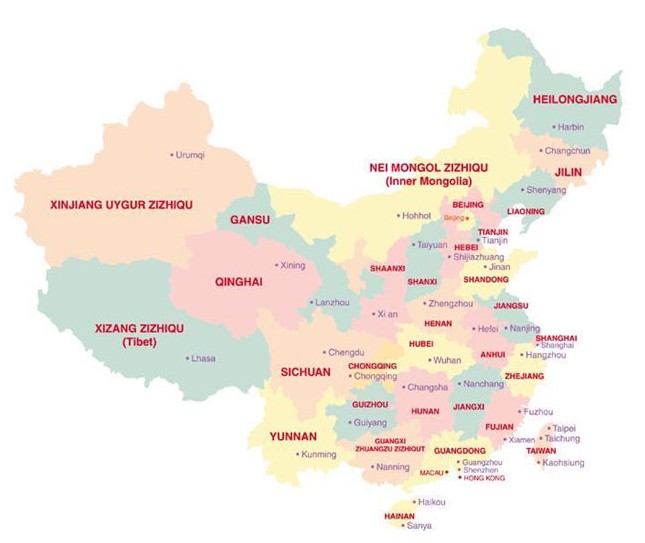 You might have only ever heard of Beijing and Shanghai, but China has plenty of vibrant cities with excellent universities. To help give you a better idea of what the cities are like, we’ve categorized them into six groups.

An international metropolis is usually the political, economic and cultural center of a country, with a population in excess of 10 million. China has Beijing and Shanghai as its international metropolises. These cities' degrees of modernization are the same as New York and Paris. But in some parts of the city, there still some preserved traces of ancient China, such as Beijing's hutongs and courtyards. China’s comprehensive universities are set up in these two cities where you can learn any profession you want.

A metropolitan city is usually the political and economic center of a particular region or province. China has a very comprehensive transportation system, and almost all its cities are linked to each other. In these cities, the transportation is very convenient. Metropolitan cities most likely have or are building subways. Their population density is lower compared to Beijing and Shanghai. Most of the universities in China are also located in these cities.

These mid-sized cities usually have a lower urban population than metropolises, and they have characteristics of their own. The cost of living in these cities is comparatively low, and the relative lack of foreigners means you'll have plenty of chances to practice your Chinese. If you like this kind of environment, you can choose to go to:

Historical cities generally served as China’s political, economic and cultural centers during ancient times. Boasting more than 1,000 years of history, they have become celebrated tourist destinations and are certainly worth visiting. If you study here, you will find a rich cultural atmosphere:
•    Nanjing (the ancient capital of six dynasties)
•    Xi'an (the famous Terracotta Warriors)
•    Suzhou (China's most famous architectural landscape)
•    Hangzhou (China's beautiful ancient scenery, and home of beautiful girls)
•    Kaifeng (One of the ancient cities with 2700 years of history)

These cities are special because of certain landscapes or famous people.

China's coastline is 18,000 kilometers long; many cities are near the beach, where there are also many excellent universities.