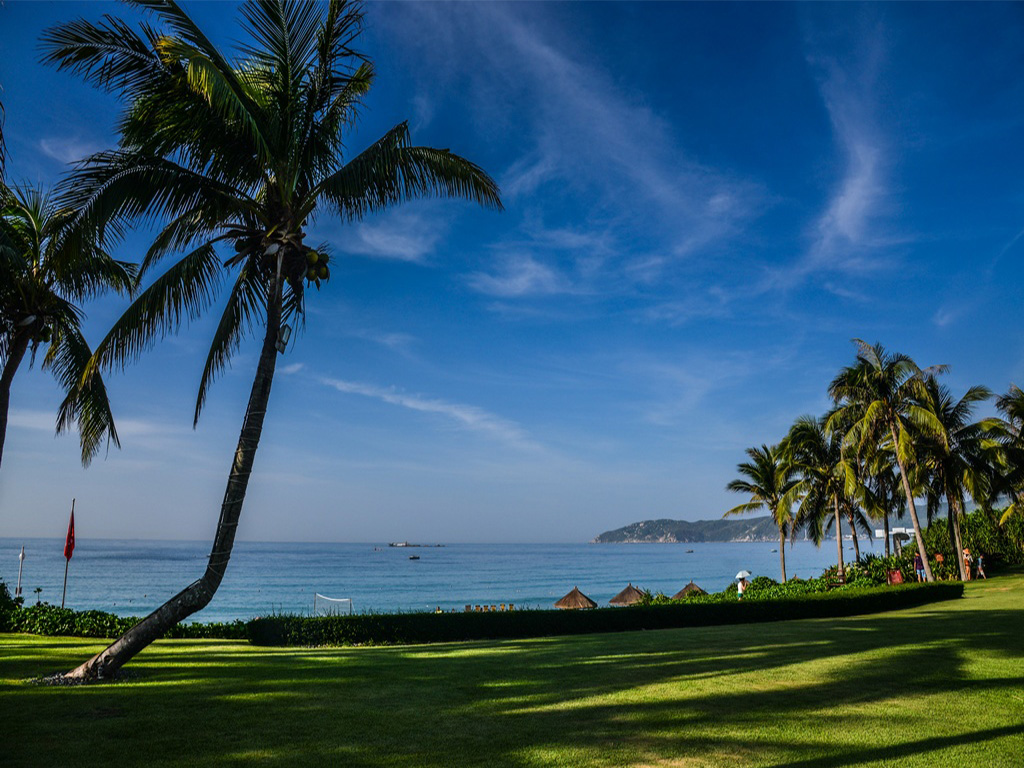 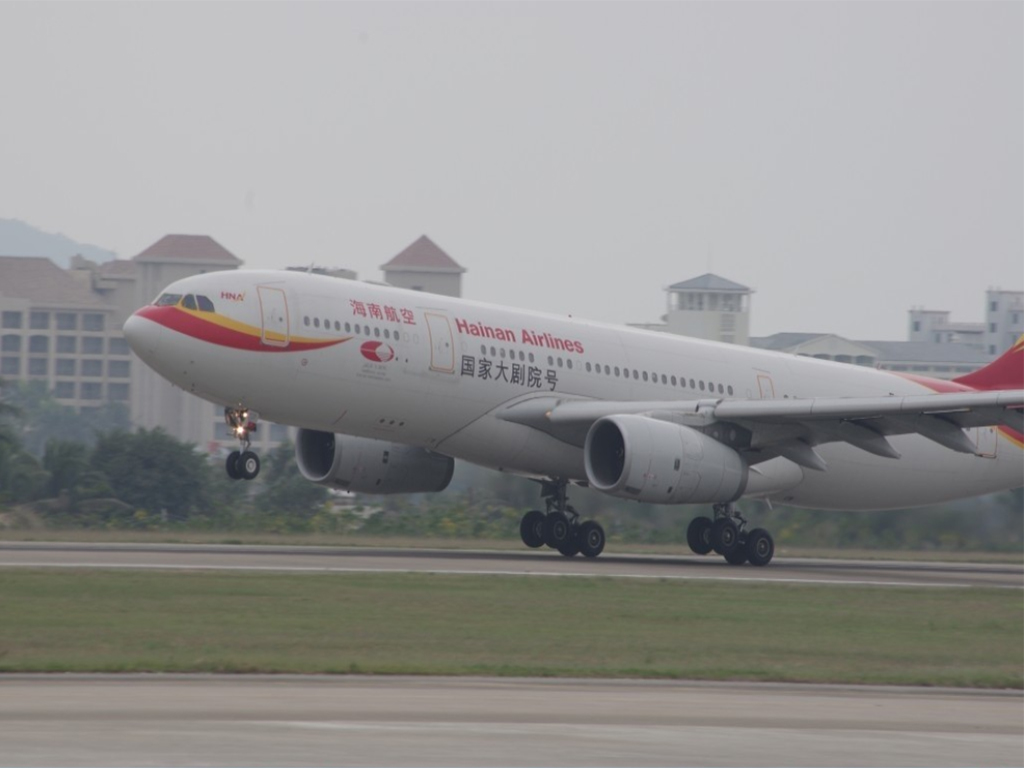 Phoenix International Airport  is located to the northwest of the city center, provides flights to 80 cities in home and abroad.  Airport Transportation: Airport Shuttle Bus and taxis can carry passengers to the downtown area as well as tourist attractions very conveniently. 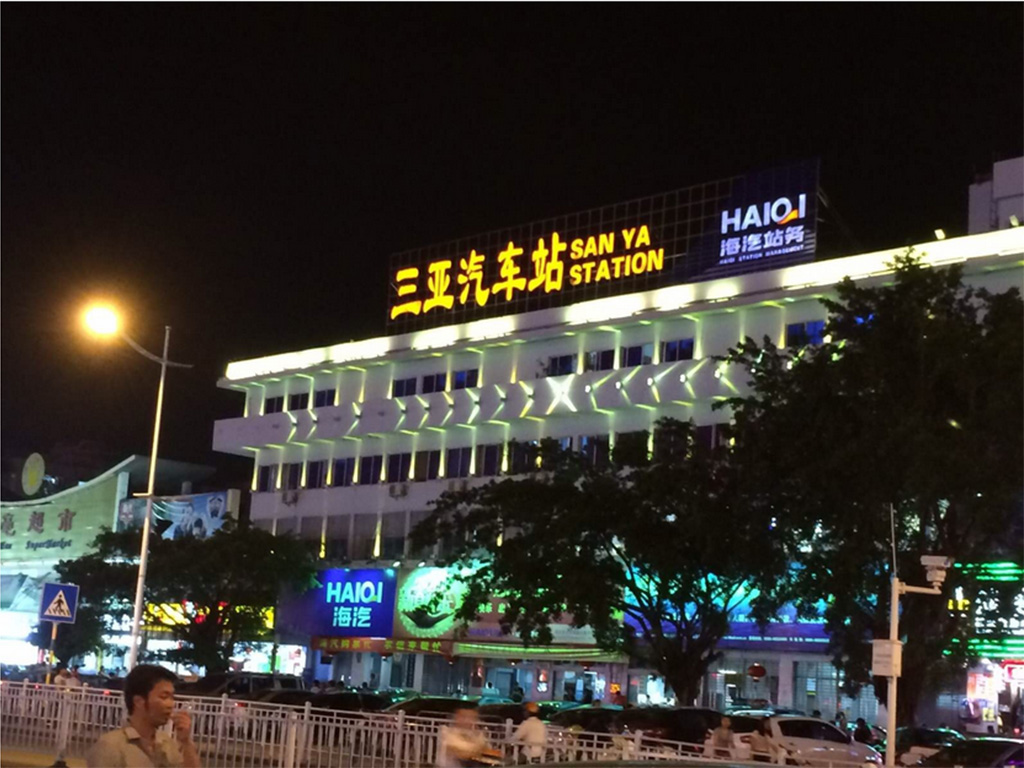 The city's Main Bus Station is located in Jiefang Erlu. There are nearly 100 long-distance buses to every county or city of Hainan as well as about 20 buses to some other provinces such as Guangdong, Guangxi, Hunan, and Jiangxi. Departure times range from 07:00 to 23:00 everyday. The special express bus bound for Haikou departs every 20 minutes. It will take you about three hours from Sanya to Haikou via the eastern highway and about 3.5 hours via the western highway. The ticket fee is CNY79 for a deluxe bus and CNY49 for an ordinary bus.

The high-speed Hainan Eastern Ring Railway which is the No. 1 project in Hainan Province has been in service since December 30, 2010, along with the new station building of Sanya Railway Station. Multiple unit trains are available between Haikou and this city. At the beginning, there are ten every day from Haikou Railway Station or Haikou East Railway Station, via Meilan, Wenchang, Qionghai, Boao, Wanning, Lingshui and Yalong Bay. The travel time from has been shortened from 3-4 hours into 1.5 hours. The earliest train D7301 leaves at 07:00 and the last (D7319) at 20:30 from Haikou East. Passengers can take D7305 and D7317 from either Haikou or Haikou East Station. The rest (D7301, D7303, D7307, D7309, D7311, D7313, D7315 and D7319) are only available from Haikou East Railway Station. From Haikou to this city, the ticket costs CNY114 for the first class seat and CNY95 for the second class seat. From Haikou East to here, the first class ticket is CNY105 and the second class is CNY88.

As there are beautiful sceneries all over the city, renting a car or a bicycle and driving along the seashore must be pretty wonderful. Some star-ranked hotels and car chartering corporations provide name brand cars and bicycles for visitors to lease. You are required to offer photo identification, driver's license, returning ticket and CNY5,000 as a deposit if you would like to rent a car. The chartering price varies according to the different brands of cars. 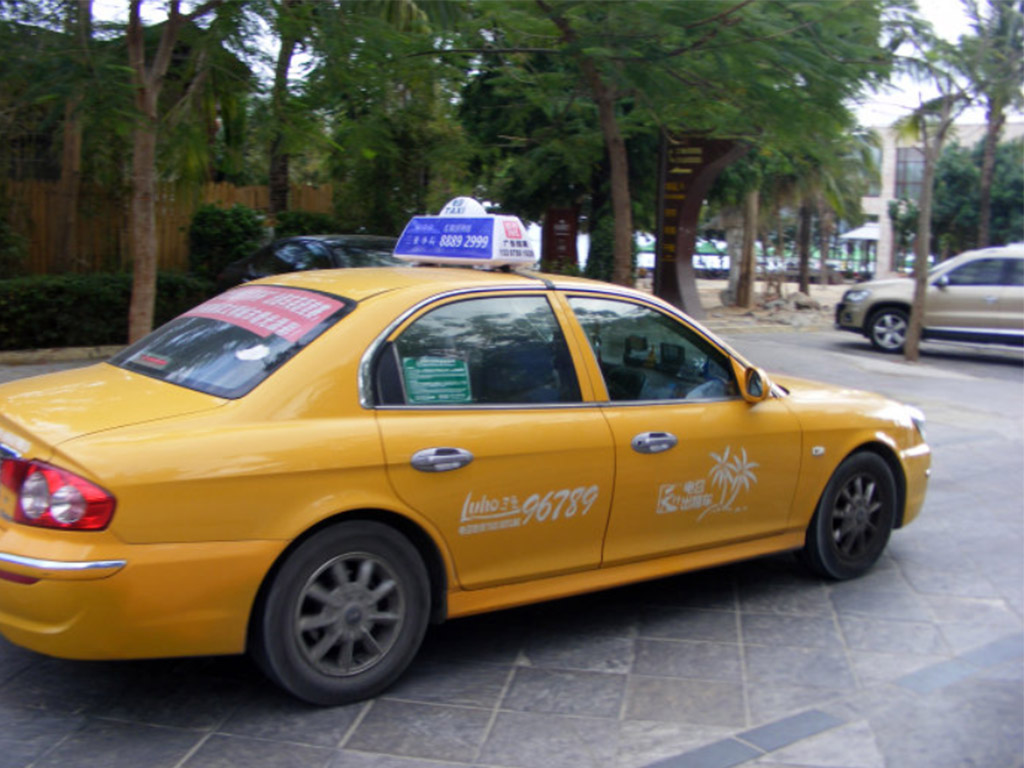 Traveling by taxi is a good way to get around as it is convenient and inexpensive. It is suggested to negotiate an exact fare with the taxi driver in advance for long distance travels.

Tianya Haijiao (literally 'edge of the sky, rim of the sea'), which is 24 kilometers (about 15 miles) away from the downtown center, just as its name means that it will take you to the end of heaven and earth. Ancient history recalls a beautiful love story that relates to this particular beauty spot that is enhanced by a blue sky and pure, clear seawater of Tianya Haijiao. There are three famous huge rocks here that attract lots of visitors, and many who take photos in front of them, as the Chinese characters of Tianya, Haijiao and Nantian Yizhu are respectively engraved on them. 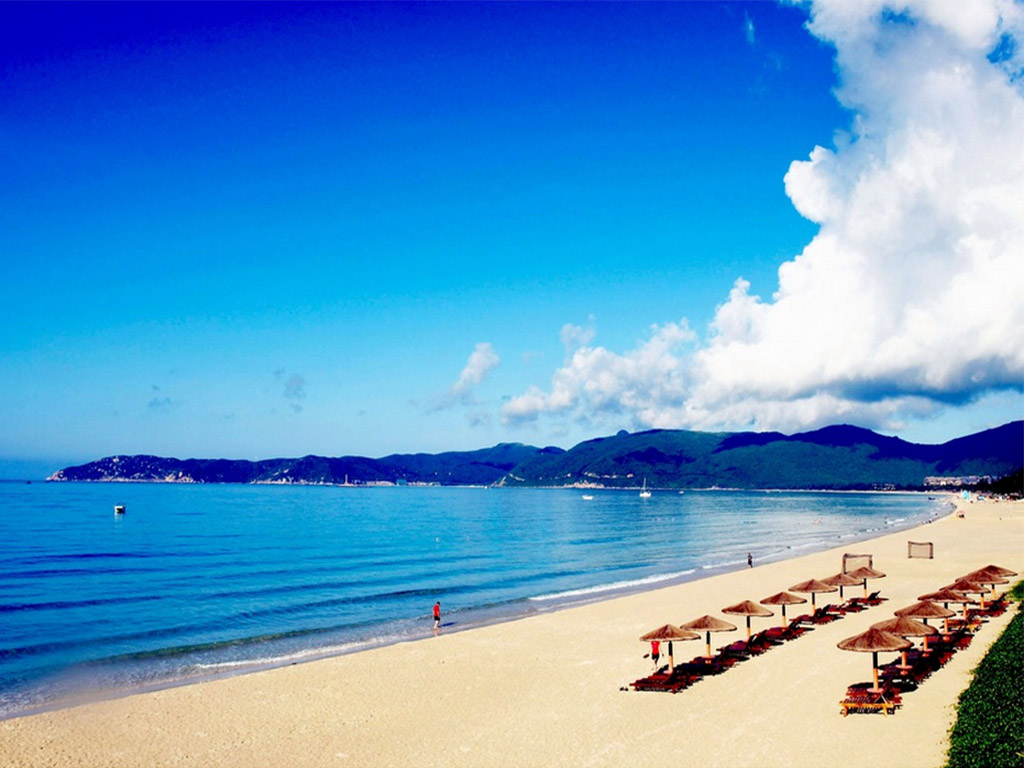 This place has never run short of beautiful bays for visitors to enjoy. The Asian Dragon Bay (Yalong Wan), Dadonghai and Sanya Bay are the top three holiday resorts there. According to their quite different natural beauties and appearance, the Asian Dragon Bay is praised to be a virgin and the Dadonghai represents an elegant lady and Sanya Bay is regarded to be an unadorned fisherman's daughter. You can definitely go to any of them to enjoy your holiday. 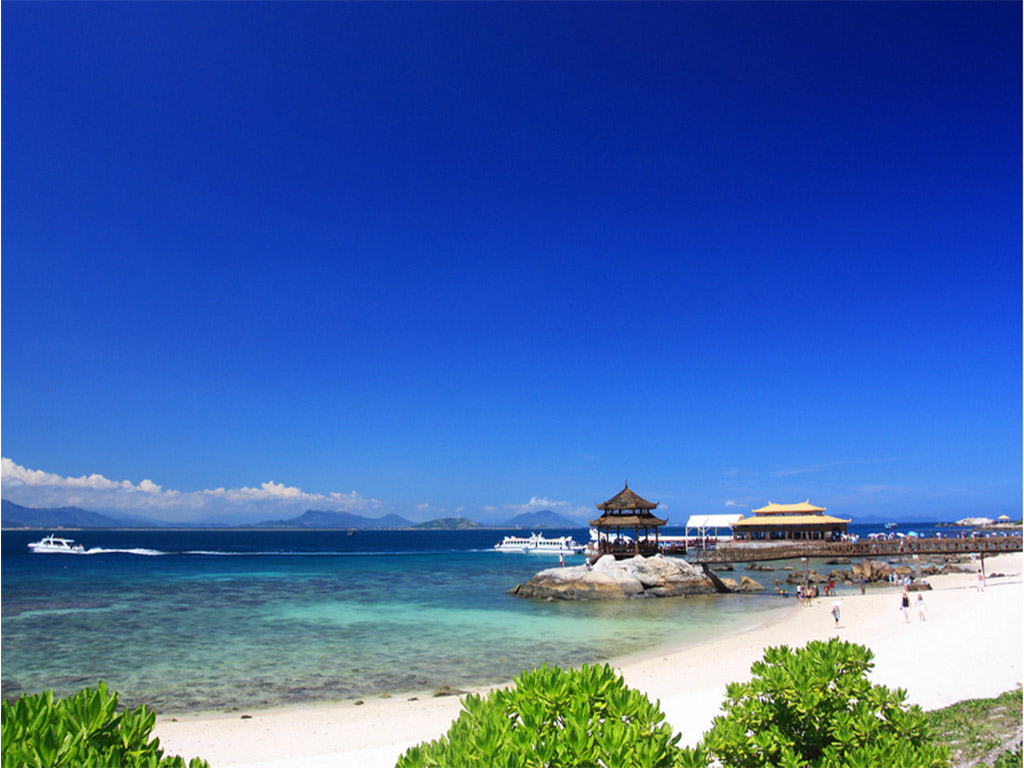 There is  Wuzhizhou Island,which is in Haitang Bay, north of the city area, attracting lots of the medium and high-end tourists every year. A gorgeous natural landscape, combined with various tourist facilities and well-developed entertaining events on the island support visitors and provide a paradise destination, just perfect for spending holidays at. Currently, there is no direct bus route, so initially you need to take a taxi to Wuzhizhou Island Wharf, the fare is CNY 50 for a one-way trip and CNY 150 to CNY 200 for a round trip. Secondly, the ferries between Wuzhizhou Island Wharf and Wuzhizhou Island will take you there. From 7:40 am to 4:00 pm, there are ferries departing to the island every 20 minutes with the last returning ferry departing at 6:00 pm.