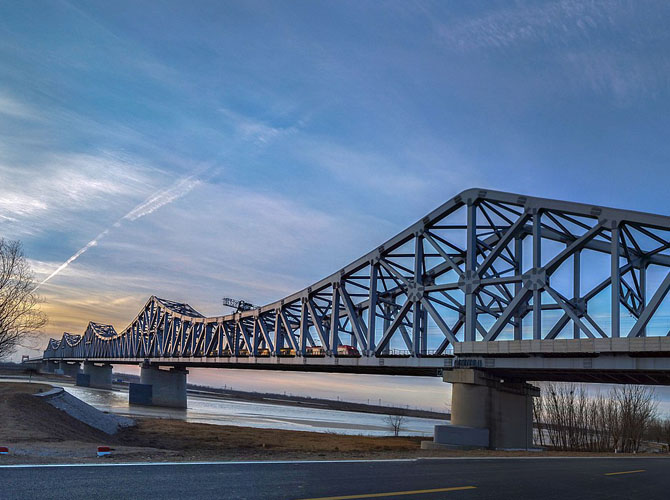 Dezhou lies on the main rail route from Beijing to Shanghai,which is known as Jinghu Railway. It is also one of the 23 stations on the exclusive Beijing-Shanghai High-Speed Railway. Dezhou has always been an important transport hub since ancient times, with its reputation of "Junction of Nine Arteries" and "Portal of the Capital" gradually established. In addition to two railways (the other is Shide Railway leading to Shijiazhuang), National Highway 104, 105 and some provincial roads cross the city as well. The Yellow River and the Grand Canal (China) both run through it. 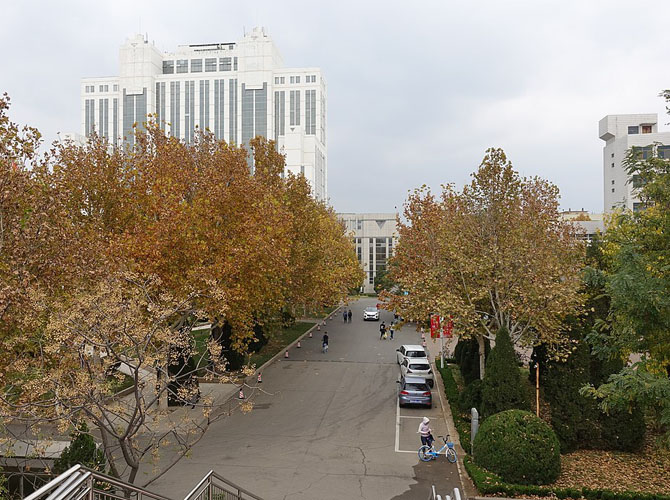 The prevailing climate in Dezhou is known as a local steppe climate. Throughout the year there is little rainfall in Dezhou. According to Köppen and Geiger climate is classified as BSk. The average annual temperature in Dezhou is 13.9 °C. About 502 mm of precipitation falls annually. 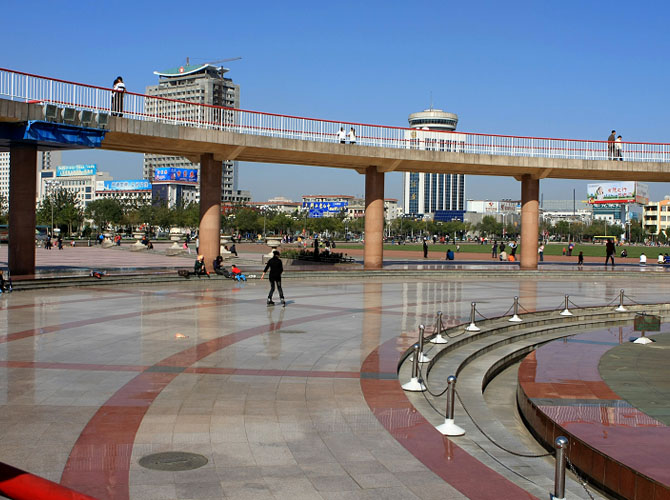 Kingdom Located in Beiying Village, just north of Dezhou, this tomb is a key historical monument under state protection. Constructed in 1417 (the 1th year of the Yongle reign period of the Ming Dynasty), it features tombs for the Queen and two princes of Eastern Prince. Along the 500-meter-long tomb passage stands carved stone figures, animals, and ornamental columns, as well as a tablet to Eastern Prince of Sulu Kingdom set up by Emperor Chengzu of the Ming Dynasty and a mosque constructed in the mid and late Ming Dynasty. Surrounded by cypress trees, the mausoleum looks ancient, unadorned, and solemn. Ancient Sulu Kingdom (dates unclear) was situated on the Sulu Archipelago between Kalimantan Island and the Philippine Archipelago, and is now under the jurisdiction of the Philippines. As a sheikhdom, the king of Sulu State had three sons, of whom Eastern Prince is the eldest. In 1417 (the 15th year of the Yongle reign) the three princes, their family members and entourage, totaling over 340 people, paid a visit to China. They were warmly received by Emperor Chengzu of the Ming Dynasty. On the way back home, Eastern Prince died in Dezhou. His eldest son went back to Sulu Kingdom to be enthroned. Eastern Prince’s wife, second and third sons, and 10 attendants stayed in China. Until today the descendants of Eastern Prince of Sulu State often come to China to pay homage to their ancestors. This mausoleum proves the long-lasting friendship between China and the Philippines.