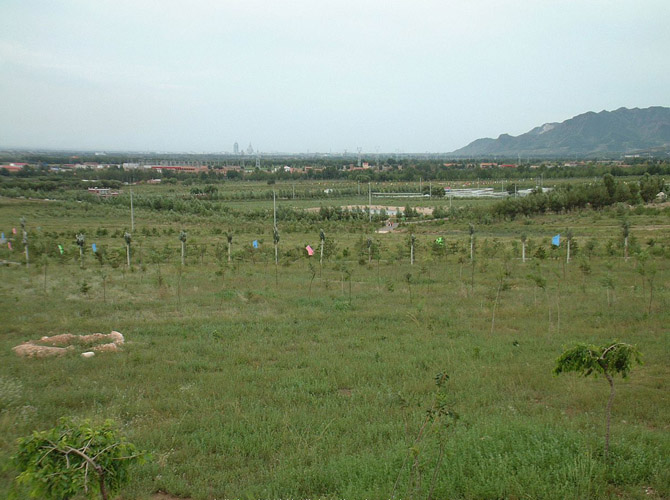 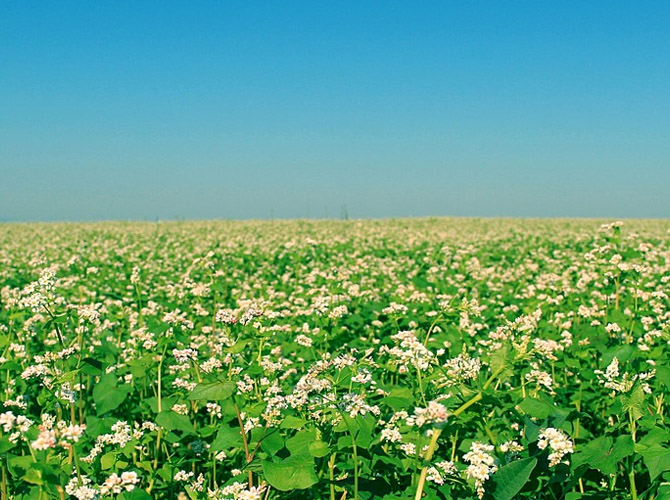 Summer is hot and somewhat humid. The annual precipitation is 398 millimetres (15.7 in), with more than half of it falling in July and August alone. 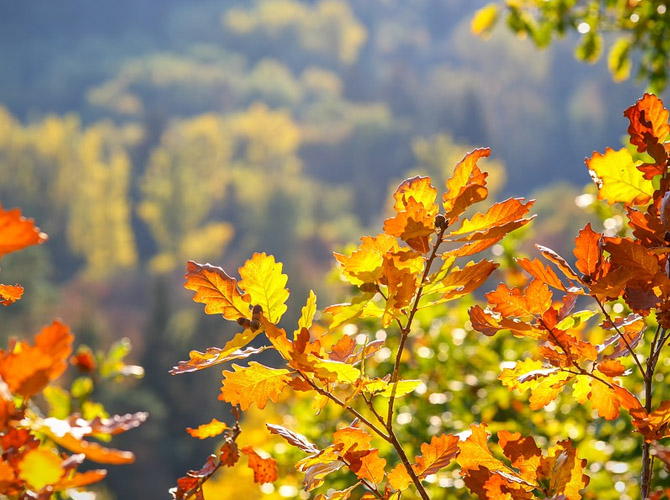 There are strong winds in Autumn. With monthly percent possible sunshine ranging from 58 percent in July to 71 percent in October, sunshine is abundant year-round, the city receives 2,862 hours of bright sunshine annually. Extreme temperatures have ranged from −32.8 °C (−27 °F) to 38.9 °C (102 °F) 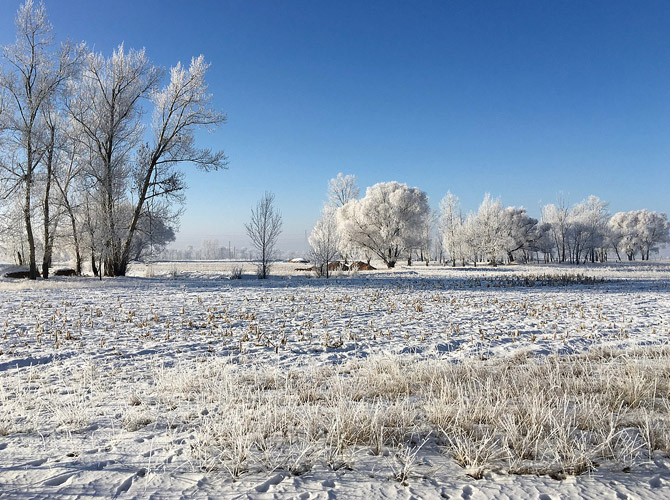 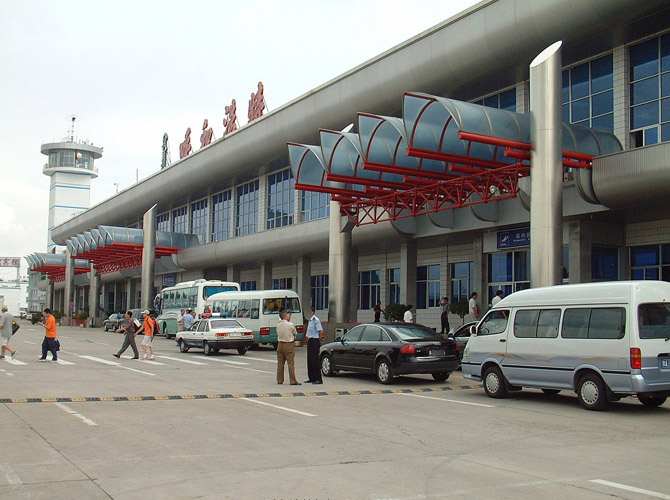 Hohhot's Baita International Airport (IATA:HET) is about 14.3 km (8.9 mi) eastwards from the city centre by car. It has direct flights to larger domestic cities including Beijing, Tianjin, Shanghai, Shenzhen, Chengdu, etc. It also has international flights to Taichung, Hong Kong, and to Ulan Bator, Mongolia. 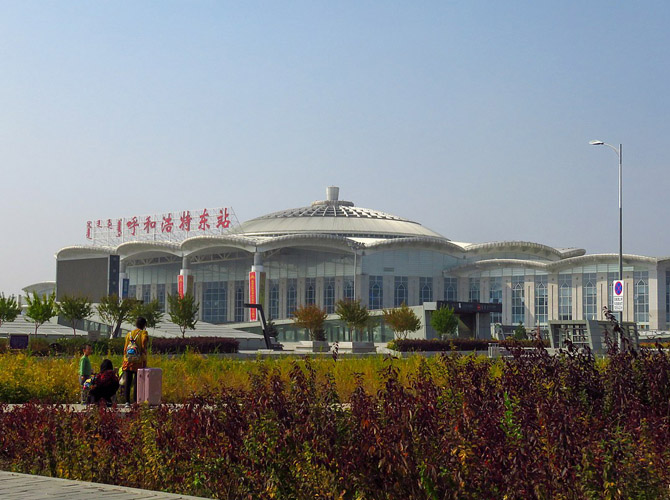 Hohhot lies on the Jingbao Railway from Beijing to Baotou, and is served by two railway stations: Hohhot Railway Station and Hohhot East Railway Station.The line began operation since 1921. Trains to Beijing link to destinations to the south and the northeast. The most prominent rail link with Beijing is the overnight K90 train, which has served the Hohhot-Beijing line since the 1980s and is referred to colloquially as the "9-0". Westbound trains go through Baotou and Lanzhou. There are also rail links to most major Inner Mongolian cities and to Ulan Bator, Mongolia. 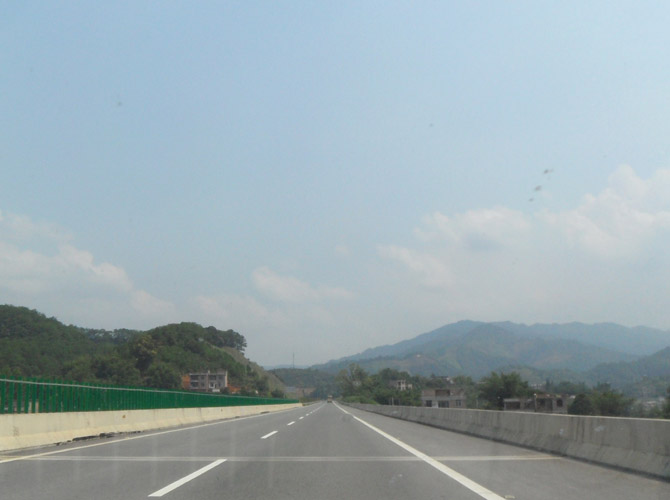 An expressway built in 1997 links Hohhot with Baotou, then known as the Hubao Expressway. In recent years this expressway has been expanded eastwards to Jining and Zhangjiakou, and onto Beijing as part of the G6 Beijing–Lhasa Expressway (Jingzang Expressway). The city is en route of China National Highway 110, which runs from Yinchuan to Beijing. China National Highway 209 begins in Hohhot and is southbound towards southern China, with its southern terminus in Guangxi. Hohhot is connected to its northern counties through the Huwu Highway, which was completed in 2006. Previously travel to the northern counties consisted of lengthy navigation through mountainous terrain. Long distance buses connect Hohhot to outlying counties, the cities of Baotou, Wuhai, Ordos, and other areas in Inner Mongolia. 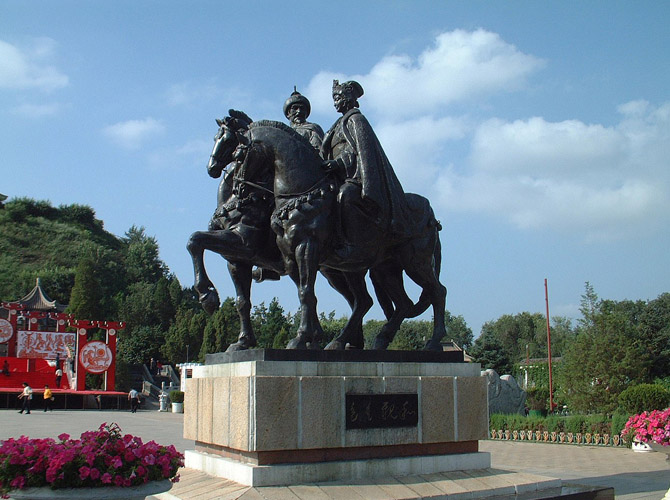 Zhaojun Tomb is one of the eight major sights in Hohhot. It is located near Hei He River, 9km (5.59 miles) from Hohhot. Zhaojun was one of the four ancient belles. She was married to the King of Hun by the Han Emperor for political reasons. Zhaojun Tomb is also known as Green Tomb since story has it that every autumn the grass on the tomb remains lush while all the rest dies with the season. 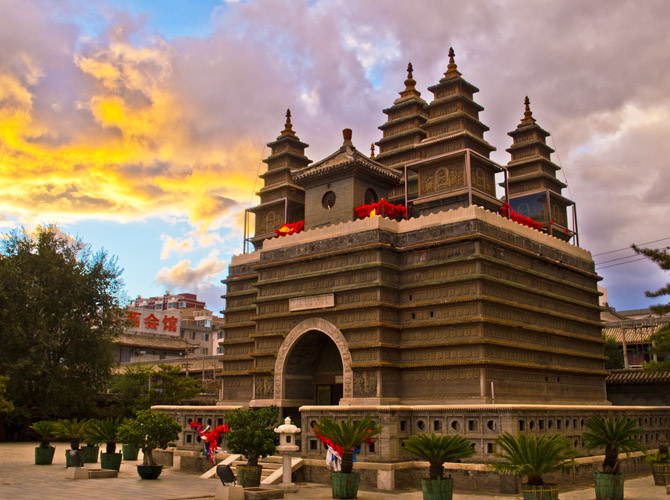 Originally the temple was used by followers and monks as a stuppa for relics and was, up until the Qing Dynasty (1644-1911 AD), a part of a larger complex, the Ci Deng Temple (Ci deng si). It is one of the only remaining parts of the original Ci Deng Temple compound located in the Old City of Hohhot. It stands amongst the ruins of old courtyard homes, which are being torn down to make way for new apartment buildings and a new way of life. It is part of what was once known as "Temple City", having over 200 temples in this area.